Like a coffee cherry is the heart of a great cup of coffee, our people are the essence of our company

You’ve devoted a lot to your business. Your brand is an investment of your time, resources and love.

We see your hard work. And we want to continue your legacy. That means expanding your business in a way that fits your vision, whether you want to remain an active leader or want to take a step back. 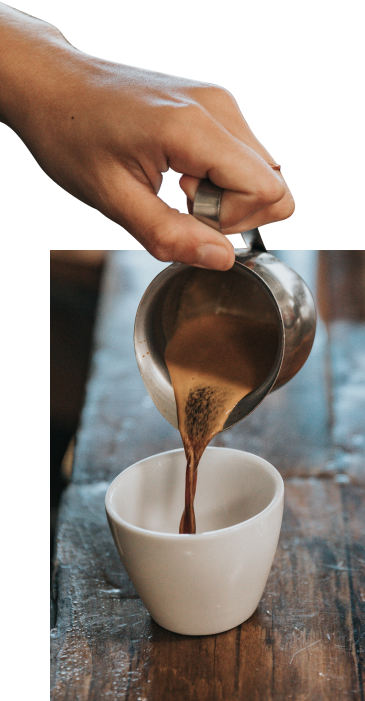 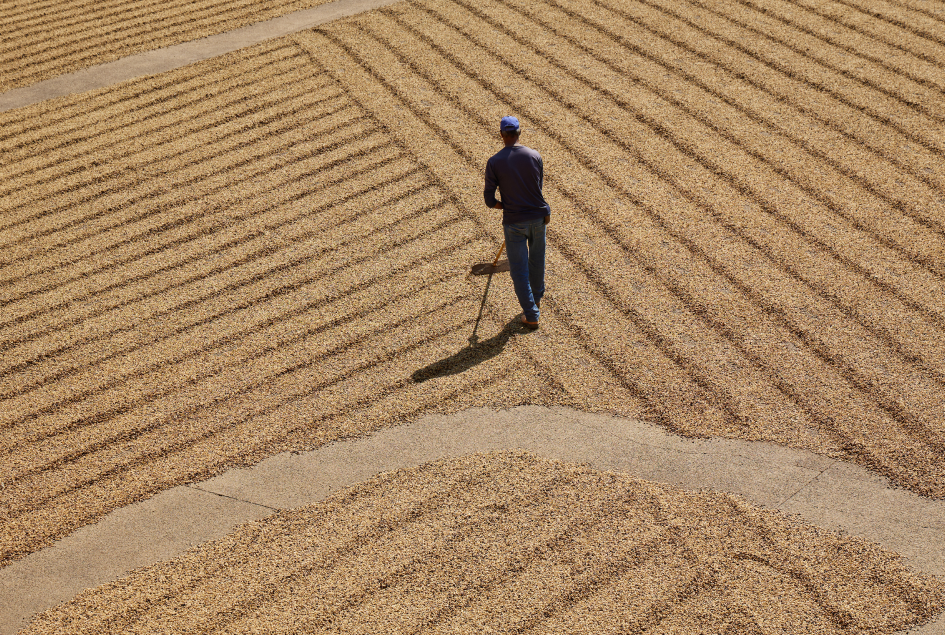 With FairWave, your brand has the power to:

By continuing to operate your marketing, sales and management locally, you can elevate your existing brand and focus on the consumer experience in your community.

Create Opportunities for Your People

Companies will only grow if their people do. That’s why we proactively train employees on every level.

Every member of the FairWave team goes on a different journey. We’ll help you navigate your options so that you can pick the path that suits your needs and allows you the opportunity to diversify your investment. 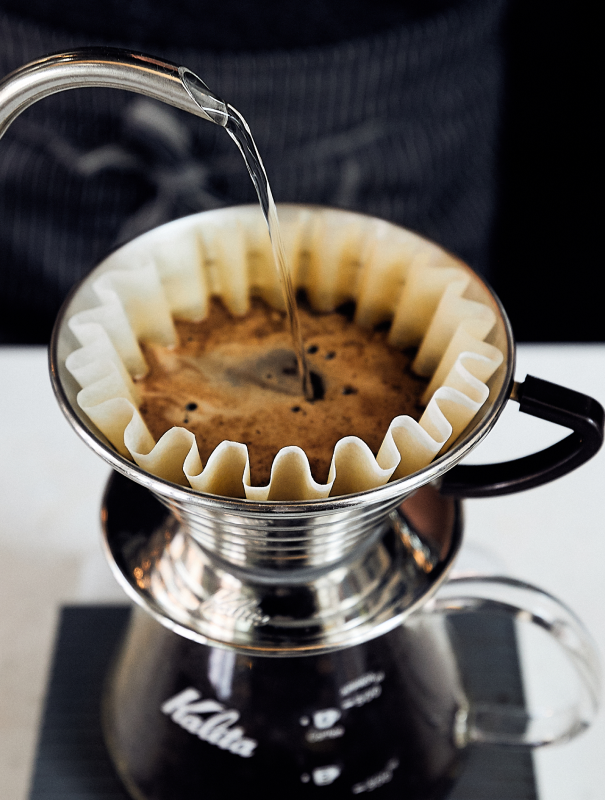 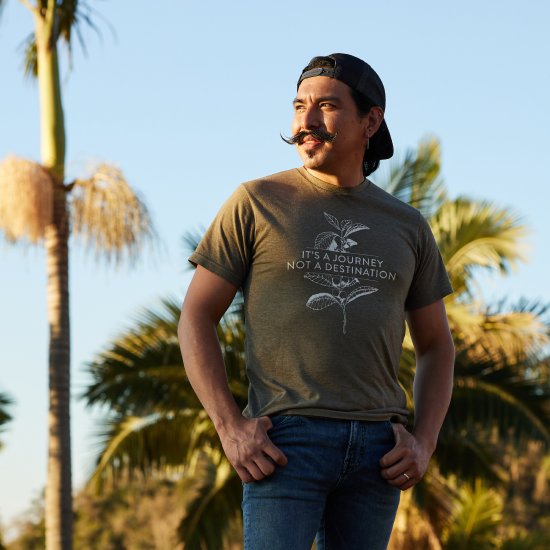 WAS: Roaster for The Roasterie

Genaro joined The Roasterie in 2018 and continues to roast for FairWave today. He believes in the positive global impact FairWave creates. And he sees it in action with sustainable practices for local consumers and producers worldwide. As the head roaster, Genaro’s day starts early – at 4am!  He reviews the reports from the prior day’s orders and goes to work roasting an average of 46 batches of coffee each day for a total of 1.5 million pounds in a year. By 10am, he’s in the cupping lab with the rest of the quality team to ensure the excellence of today’s roast. He loves that his role exposes him to incredible coffees and incredible people. 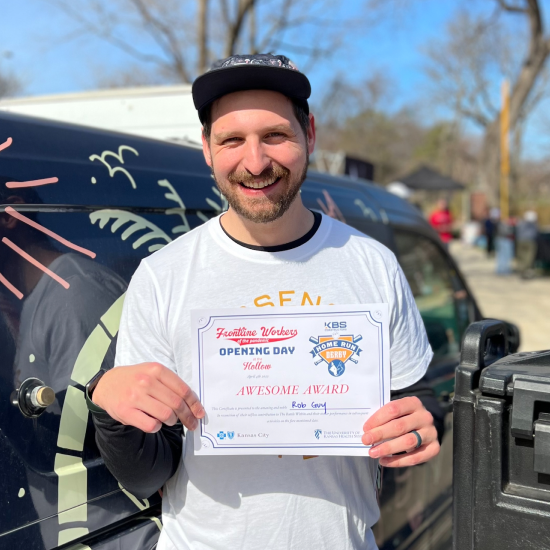 WAS: Shift Lead at Messenger

The smoky aroma of coffee lures many into FairWave. But for Rob Guy, it was the satisfying crunch that comes from cutting into a loaf of bread. He began his journey as a farmers’ market manager for Ibis Bakery. When the bakery merged with Messenger, Rob went with them, becoming a shift manager lead. Today, as a sales team leader, Rob works with wholesale partners to introduce them to new products and exciting opportunities.

Rob’s experience at Ibis showed that collaboration benefits every partner involved. At FairWave, working with and learning from others has resulted in career growth. Now what gets him up in the morning (besides a strong cup of coffee) is the knowledge that his work benefits everyone in the industry, from the farmer to the barista. 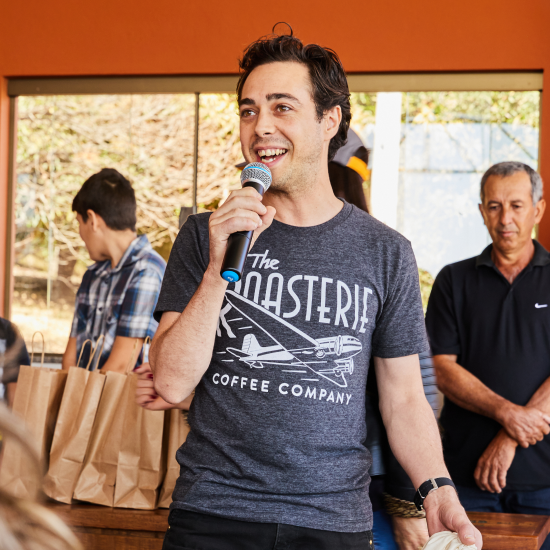 WAS: Former Barista at The Roasterie

Like a grind transforms a bean into a brewable grain, Andrew Iwersen distills the elusive world of coffee culture into something accessible for all. His coffee knowledge and clear explanations of the craft previously made him the perfect barista trainer and roaster at the Roasterie. Andrew continues to share his passion for coffee in his current role as a wholesale guide.

Years of management have taught Andrew that people are stronger when they work together. This rings true for the coffee community, and he’s excited for the transformation that will come through collaboration between members of FairWave. Andrew has embraced the team spirit by teaching industry knowledge to coffee lovers across the Midwest who want to transform their passion into a successful business. 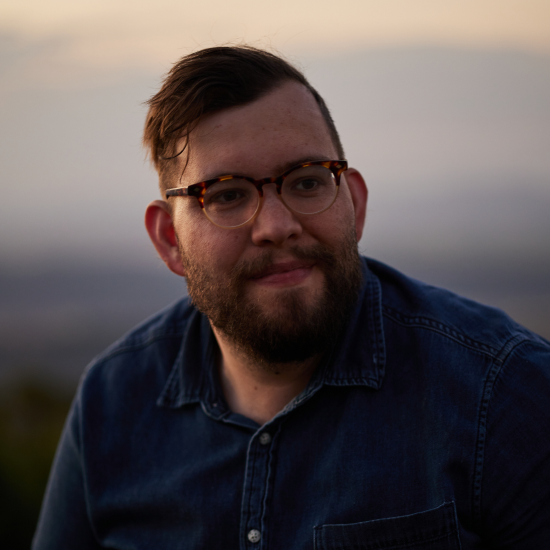 WAS: Regional Manager at The Roasterie

For Kendall Beachey, taking steps to build his career is a simple walk in the park. He quickly climbed the ranks when he joined the Roasterie team as a barista. By the end of his first year, Kendall was a café manager. Eventually, his organizational skills and ability to handle any crisis resulted in his managing three Roasterie locations.

The latest growth in his career? Overseeing operations for cafes across Kansas City, bringing best practices and learnings across four brands in the market. His experience as a barista, general manager, regional manager, and now – leading GM across the market – brings a wealth of knowledge to each portion of the business. 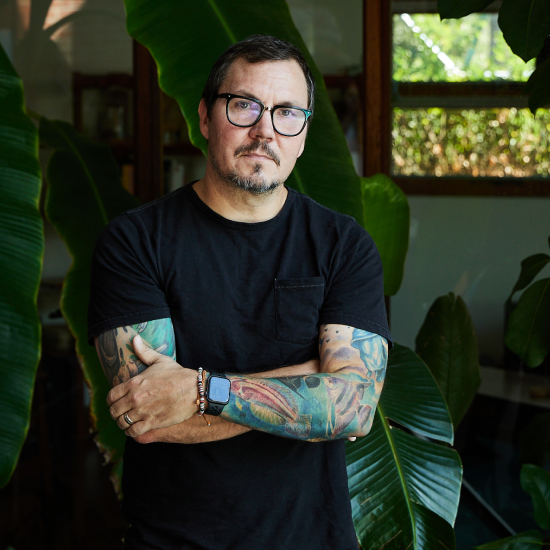 Messenger Coffee’s clientele often comes with their cameras ready to capture its old-school tile floor and minimalist merchandise. They don’t just grab and go with their coffee. They stay, sit back and enjoy the beauty of their surroundings and the company of fellow coffee lovers.

Messenger’s unique aesthetic, and the connection it inspires, comes from the mind of its creative director, Brandon Wilson. This brand is his love song to the coffee that fueled his design career. Brandon continued to explore the brand and visual design at Messenger, using his talents to create the standout characters of the brands under its banner, including Ibis Bakery and Black Dog. As a leader at FairWave, Brandon has taken on creative management for all our brands. 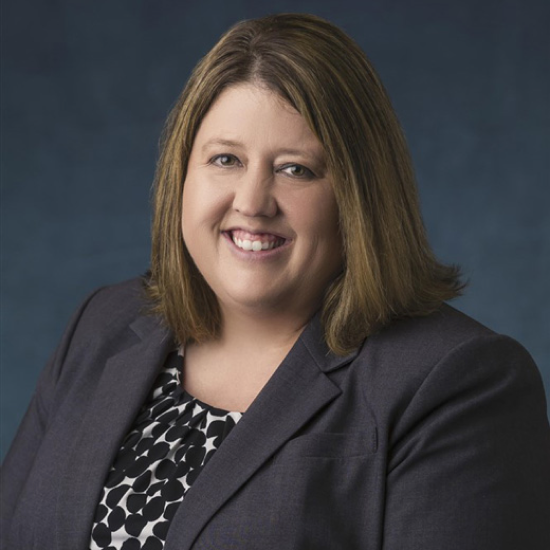 WAS: General Manager of The Roasterie

If you have a question about this business, Stacy probably has the answer. After 18 years at the Roasterie – most of the time as general manager over the entire business; she stays busy with large-scale projects and everyday operations. So, when she got an offer to be the vice president of project management for FairWave, she didn’t hesitate and accepted the challenge.

Stacy’s drive has built her career alongside building The Roasterie portfolio. Under her leadership, their business expanded to include single-serve coffee pods, wholesale club partnerships, and cold brew cans. And with her future-minded philosophy and organizational abilities, Stacy plans to propel every brand in the collective in the same way. 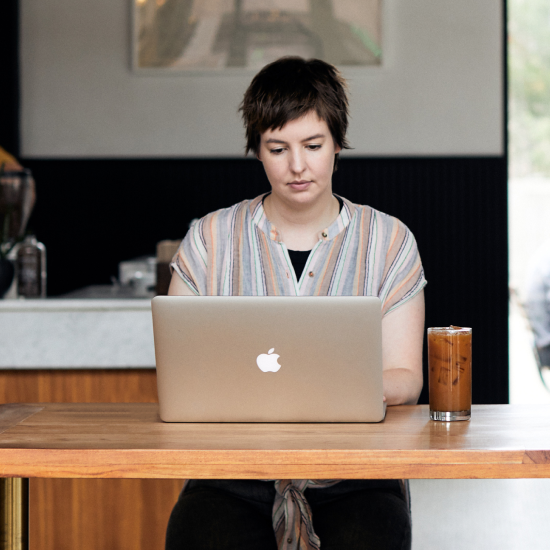 If you asked Stephanie Braun where she’d be post-graduation, she certainly wouldn’t have said: “in the coffee industry.”

And initially, she would’ve been right. Because after she earned her graphic design degree, she applied her skills exactly where she expected to: in the creative industry. But instead of a sturdy foundation on which she could build a successful career, Braun was faced with competition and constant change. During these tumultuous times, she found comfort in warm cups of coffee and the inviting cafés where she enjoyed them.

Coffee, Braun realized, was her rock. So, she jumped off her expected course in favor of a fresh start. Though the thought of giving up everything to become a barista petrified her, in the end, she knew having a career she was passionate about mattered more than anything. And in the end, growth in her career proves that this risk was one worth taking. She still uses her graphic design skills in her role as marketing coordinator, but she now gets to collaborate with the darers and daydreamers that fill the café industry. 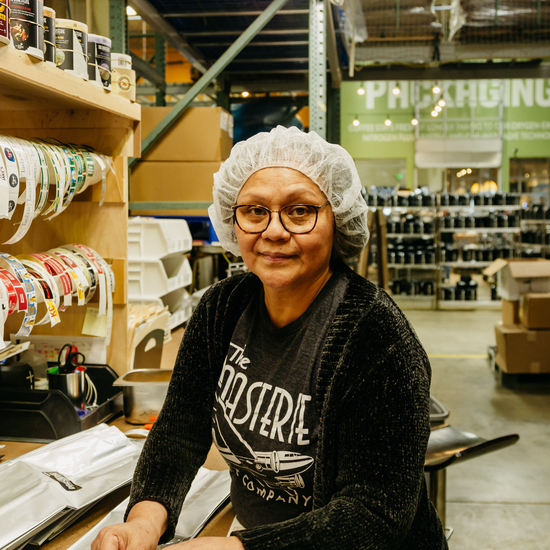 Caffeination has fueled hard-working people since the discovery of the coffee bean. Eva joined The Roasterie in 2011 and continues to be a driving force on the production floor. She starts her workday around 6am and begins labeling bags of coffee roasted earlier that morning. She labels on average 3000 bags of coffee each day, and then helps the rest of the production crew to fulfill orders. For Eva, Roasterie continues to be the same, caring employer, now with more people and human resources to provide a support system. 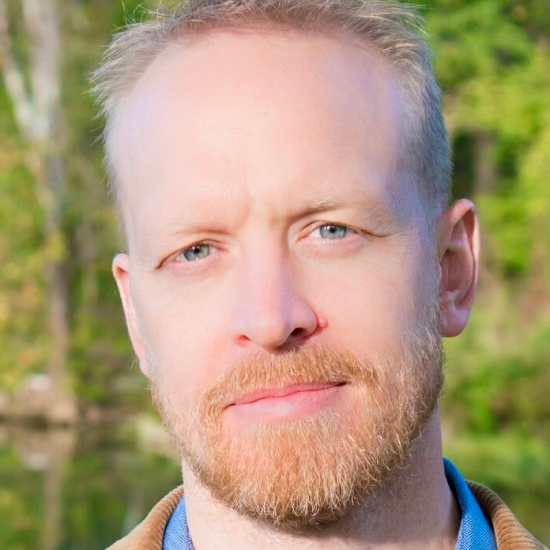 WAS: Operations Manager at The Roasterie

Crafting the perfect roast requires vigilance. Luckily, FairWave has the eyes and ears of Nathan Jones. In his role as plant manager, he keeps watch over manufacturing, ensuring that everything we create for our customers is made with quality in mind.

For Nathan, maintaining this quality is what keeps the company growing. And it’s this growth potential, with both individual brands and the collective, that makes him excited to go to work each morning. His unique perspective of the manufacturing process allows him to see how transformative FairWave’s investment has been for all the brands.

Want a transparent partner in the coffee business? 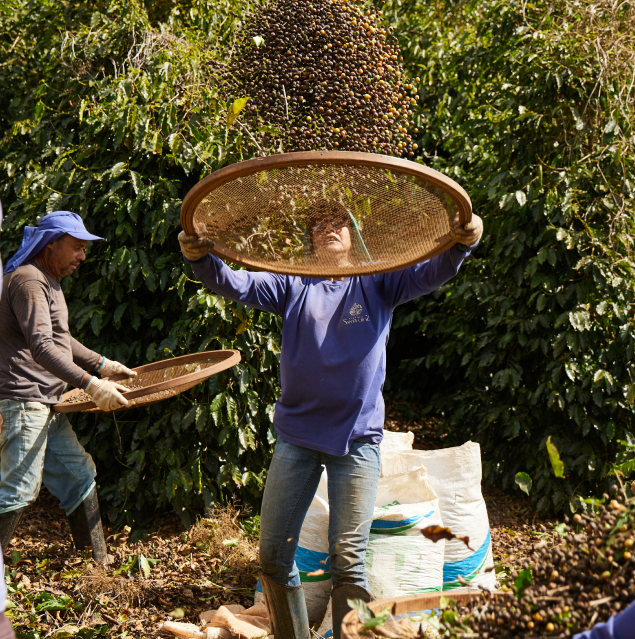 Learn more about what it means to be part of the FairWave Specialty Coffee Collective. 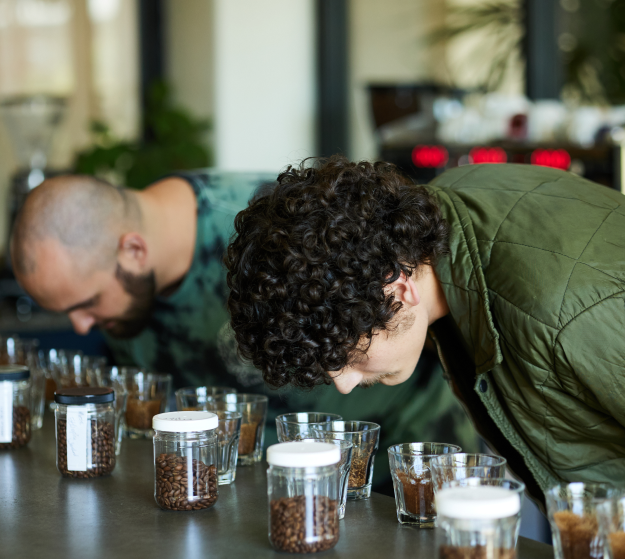